You are here: Home / Dreams / The Red Truck

Last November I had a dream about a red truck. For years I’ve had dreams that I pull into a parking lot, park my car, go do whatever it is I’m there to do, then when I come back to the parking lot my car is gone. It’s always a different parking lot, a different car and a different situation, but one thing is always the same—my car has been stolen. 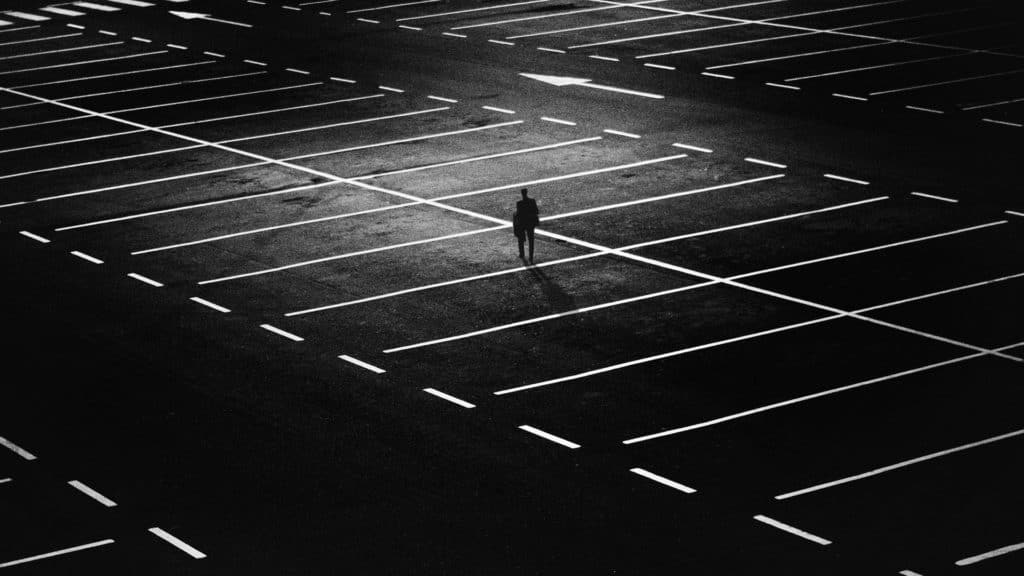 According to The Ultimate Guide to Understanding the Dreams you Dream, cars in dreams often represent your ministry, which leads me to the red truck. In this dream, I was driving a really sleek, charcoal color Audi, and I pulled into a parking lot, looking for a spot. I found a spot next to this old, kind of beat up, red truck, so I pulled in and parked next to it, on it’s right side. I got out, went and did whatever it was I needed to do–that part of the dream I don’t remember–but when I came back to find my car it was gone. I couldn’t find my car or the red truck, which I felt was significant, it almost felt like the red truck had taken my car.

A week or so later I saw my friend, Julie, who has always been my dream interpreter, because she’s very gifted at it, and I told her about my dream. Using her book, The Ultimate Guide to Understanding the Dreams you Dream, to help her interpret my dream, her thoughts were very interesting.

She said she felt like the Audi represented me because it’s a luxury vehicle and in the spirit, and in the natural, she would consider me to be “high class”. In dreams, the color red represents passion, emotion, anger, lust, sin, enthusiasm or zeal. She felt that since it was a “beat up” truck that the red probably represented the more negative meanings of the color. The fact that I parked and it was on my left is also significant because the left means it is a spiritual thing—probably something I’m dealing with in the spirit. Which meant that in the spirit there’s something I’m dealing with having to do with anger, lust, sin, etc. 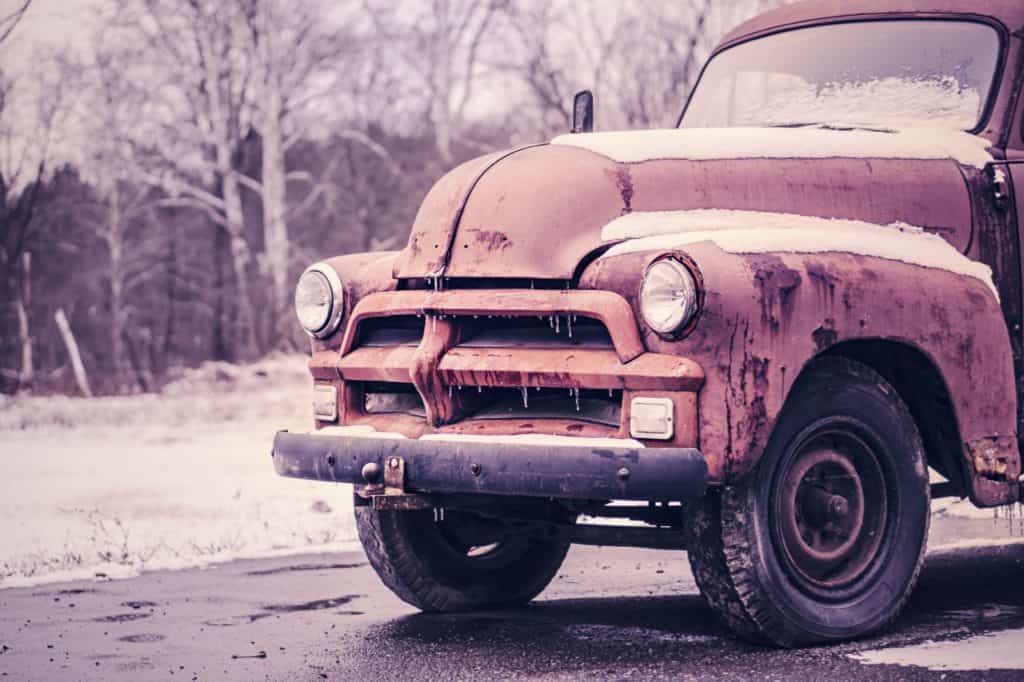 While I was listening to her Voxer about my dream the word “alcohol” popped into my mind. I thought it was interesting that the Lord would highlight “alcohol” because I didn’t feel like it was something I was struggling with in the spirit, but I didn’t want to discount it. So that night when I was going to bed I asked the Lord to confirm, in a dream, if alcohol was in fact the red truck. That night the Lord confirmed it very clearly so when I woke up in the morning, knowing that alcohol was my “red truck”, it left me with a whole other set of questions.

What is it about alcohol that makes it my sin?

I know I don’t have an addiction but am I supposed to give it up for good?

How is it that I’m letting alcohol affect my life so that it has the potential, one day, to steal my ministry?

What the Lord showed me was so good and it showed how He really is such a good Father for highlighting all these things before they someday became a problem, and stole my ministry. The first thing He showed me was that a few years ago, when things started getting really hard after our adoption, I started using it as a “crutch”. Not that I leaned on it to get me through the day, but that I went to it at the end of the day, when I was mad, stressed, or any of the 100 other emotions you feel when you are dealing with an adopted teenager.

The Lord reminded me of a situation when Matt had come home from work and I was really frustrated with how the afternoon had gone, and as a loving husband he walked to the fridge and poured me a beer. Yes, he should totally win the husband of the month award but with the memory the Lord convicted me and asked me, “why was it that he offered you a beer, instead of offering you 15+ minutes of alone time to spend with me, to get re-centered?”

With that memory I realized that alcohol in and of itself isn’t a bad thing, but when you turn to it to “soothe” your afternoon over, instead of spending time with the Lord to get re-centered, that’s not necessarily a good thing.

He also reminded me of a situation that had happened only a few weeks before I had the dream. One evening, early that November my friend was scheduled to come over so she could process some things that she was going through, but earlier in the evening Matt had been at a meeting, Malea was playing happily on her own, the dog was sleeping and I thought it would be a great time for me to have a glass of wine and relax before my friend came over. I went to the fridge and pulled out a bottle of white wine, but as I did that I heard the Holy Spirit tell me that I shouldn’t have a glass. I didn’t understand why it was a big deal, so I continued to argue with Him, until I finally gave in and put the bottle back in the fridge.

Through my processing, after the dream interpretation, the Lord asked me, “why was that even an argument?”

And He was right. Why did I insist on arguing with the Holy Spirit over something I wanted, and He was clearly telling me not to do, I hate it when Malea does that! I was acting like a child, only focusing on what I wanted and not being obedient.

And through that process the Lord showed me that alcohol is an area that I hadn’t been obedient in. I’ve gotten on stage and spoken because I felt like He asked me to, I’ve had hard conversations with friends because He’s asked me to, we adopted because He asked me to, there have been a million things He has asked me to do but this is one area I haven’t just said, “ok, I’ll put the bottle back.”

Obedience is a huge deal to the Lord and it’s a huge deal to me. I actually spoke about how important it is at our woman’s retreat last year. I want to make sure I follow the Lord with every part of my life because I don’t want a “red truck”, of any sort, to steal the ministry and the plans that God has for me. I want to know that if God is calling me to something, that I am ready, not distracted by something my flesh is wanting. 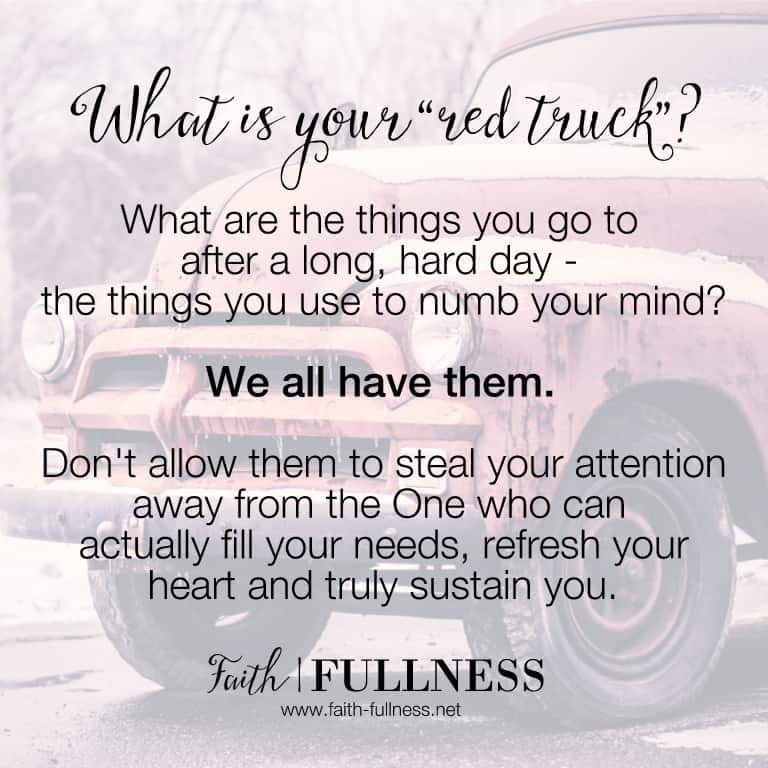 I’m not sure what your “red truck” is, but I know we all have them. I also know that those things are steering our attention away from the only One who can actually fill us up, make us feel better, speak truth to us after a long, hard day, or encourage us, instead of just numbing our minds.

The irony of finding ourselves at the bottom of that glass of wine, or the end of that box of donuts, or the thrill of that new purse, is that those things are temporary. They make us feel better in the moment, which builds us up and makes us feel like it was all worth it, but the benefits are very short lived. The only thing that will ever fully fulfill us, and carry us through those hard days, months, or even years, is the Lord. In the moment the glass of wine is so much more satisfying than sitting down and spending time with the Lord, but in the long run, the latter is the only thing that will ever sustain us.

I challenge you to sit down and think about the areas in your life that you know you are not being obedient in. I’m not saying it’s going to be easy, because this sort of self reflection doesn’t come naturally, but I guarantee that if you ask the Lord to highlight what it is in your life that is stealing you away from His plans for you, or from true fulfillment, that He will show you. Admitting you don’t have it all together isn’t fun, but let’s be honest, none of us are perfect, so let’s do it together, let’s support one another, and when you feel like you “need” that thing, when it has been a rough day, let’s lift one another up and encourage each other to seek our true fulfillment in the Lord, the One who is not there to steal from us, but to build us up to who we were truly created to be. 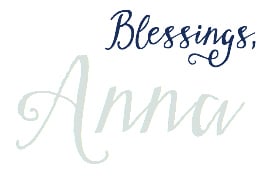 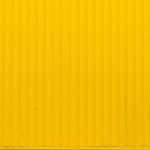 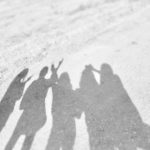