You are here: Home / Prayer / What is your “Part the Red Sea” Prayer?

What is your “Part the Red Sea” Prayer?

Back in February my daughter turned 8. Her party was supposed to be held 2 days after her birthday but at 3:45am that morning she woke up vomiting. I quickly texted everyone who was invited and postponed the party until the next Saturday. The original day of the party it was a beautifully sunny day but instead of partying it up, we stayed on the couch and had a Back to the Future movie marathon.

The whole week I prayed for sun and that God would change the forecast, but every day when I checked it, the forecast was the same – 100% chance of showers.

Partway into the week I decided to change my prayer. I still prayed for sunshine but instead of asking God to change the forecast, I started asking Him to “part the clouds like [He] did the Red Sea.”

The morning of the party I woke up to a gloomy, rainy sky, just like the forecast had predicted. But I didn’t lose hope.

As I chopped fruit and vegetables, frosted cupcakes and hung up my daughter’s birthday banner, all the while I was praying,

God please part the clouds, just like you did the Red Sea.”

And each time I prayed it, I visualized the Red Sea parting – I mean how incredible would it have been to be there and see that!? The party was set to take place between 2-4pm and around 1pm I noticed the rain letting up. In all honesty I would have been happy with it just not raining but I wasn’t about to give up on my prayer, I wanted to see God part the clouds!

By the time the first guest arrived, not only was it no longer raining, the sun was starting to peek out. And by the time all the guests had arrived, it was sunny!

When we went outside for the treasure hunt I looked up at the sky and could see clouds in the hills to the west, dark sky to the south, but nothing except blue sky over our neighborhood!!!

God parted the clouds, because I asked Him to.

What’s even crazier is that when the last parent came to pick up her daughter, while she was standing on our doorstep, it started to rain. The clouds were parted for the exact 2 hours of the party, then it rained the rest of the night!

Remembering that day, it still blows my mind that the Lord parted the clouds… for me… because I asked him to. Isn’t that amazing?

A couple months ago our pastor was preaching a message about Joshua telling the sun to stand still (Joshua 10) and he gave examples of how people often times pray big prayers like, “God part the sea” but when God looks around their lives, He says, “I don’t see a sea”. Or they ask God to move a mountain but God says, “I don’t see a mountain.”

When we throw up big prayers that aren’t specific to the things in our lives, we are only setting ourselves up for disappointment. But what God has shown me, is that when we are very specific to ask Him for things, often times He will “part the clouds”.

It’s easy to think that God should just know what we need because he’s an all-knowing God, but He wants a relationship with us and He wants us to ask Him for things, for the specific desires of our hearts. He’s not just a big God up in Heaven looking down and monitoring the happenings on Earth, He’s a loving Father that wants to bless His children.

So my question for you is this –

What is your ‘part the Red Sea’ prayer?”

What are the things in your life that seem impossible, but you desire so much? Is it sunshine for your daughter’s birthday party? Is it a job? Is it a place to live?

I want to challenge you to pray boldly, to ask your Father boldly for the desires of your hearts. He loves you and He wants to bless you so pray boldly, pray specifically and pray courageously! 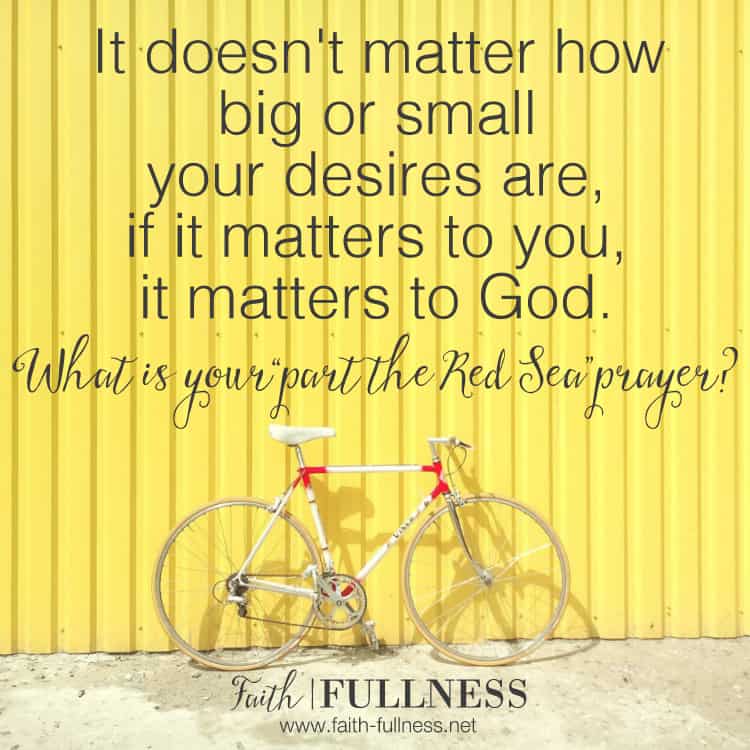 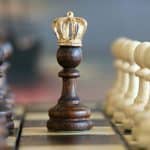 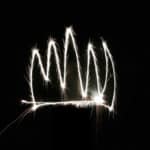