The Lies we Believe: From Blaming to Exposing

I was talking to my sister a few weeks ago about a friend of hers who is running away from the church because she is believing so many lies, and instead of looking for help, she’s looking to blame those around her. As we were talking it reminded me so much of the years with our daughter – so much brokenness, so much need for the healing touch of the Father, but constantly running away and looking for someone else to blame.

Lies are one of the easiest places for survivors to run. It gives you a sense of safety, a place where you only have to depend on yourself, but it’s a dark place.” – The Shack

In thinking about this process, because I’ve seen it happen a lot with people in my life, I decided to look up the definition of “blame”. To “blame” means to “assign responsibility for a fault or wrong.” What happens when we run away and hide behind the lies we’re believing, is that we assign responsibility for wrong doings, to the wrong place – we blame those around us.

The problem with blaming those around us, usually those who love us the most, is that those individuals in your life are not to blame for the pain you’re feeling. The pain is there because of the lies you’re believing, but the people around you are not the ones hurting you, it’s the enemy, the father of lies (John 8:44).

Instead of running away and blaming those trying to help, what we need to do is expose the enemy for the liar he is! If we continue to assign responsibility for the pain to the wrong place then we’ll never find healing.

As I spent time with the Lord on this topic, He showed me that the answer is an easy one, but the process isn’t always easy.

The first step is to assign blame to the right place – the enemy.

Instead of getting mad at the people around you, get mad at the enemy. Ask the Lord to reveal the enemy’s schemes to you. It always blows my mind when I step back from the lies I’m believing and ask the Lord to do this, I’m usually shocked at how manipulative Satan is, and how so many things in my life are attached to the lies he has convinced me to believe. But once we can identify the schemes coming against us, and assign blame to the right place, it’s easy to get mad at the enemy and begin the process of confronting the lies.

An offensive position takes the opposite approach – keeping in mind that Satan is the enemy – a heart in the offensive position will give people the benefit of the doubt, it will hear truth and not instantly write it off, but take time to consider it.

Considering truth, and putting it up against the lies we’re believe is the only way we will find freedom. John 8:32 says, “you will know the truth, and the truth will set you free.” The truth is the key to our freedom, it’s the key to getting out from under the pain and the lies, it’s the only thing that will keep you from running away from, and blaming the people in your life.

Just like the Lord showed me, the answer is easy, but the process is not. The answer is truth but believing the truth and releasing the lies to the Lord can be hard. As I’ve said a hundred times, the enemy is so loud and repetitive that sometimes even when we know the truth, it’s hard to believe it because he continues to shout the lies at us.

But if you truly want to find freedom you have to surround yourself with truth. Write it down, put it on sticky notes all around your house, in your car, anywhere you will see it and read it often.

I battled feeling unloved for most of my life so I finally tattooed the truth to my body. The tattoo on my wrist is a constant reminder that I am loved, even when the enemy is shouting at me that I’m not.

Knowing the truth and holding on tightly to the truth is the only way. Blaming those around us leads to isolation and pain, which only reiterates the lies we’re believing. Blaming the enemy exposes his schemes, and opens our eyes to reality and not the twisted perspective he has sold us on.

The truth WILL set you free and God is on your side. He is your defender, it’s your time and He’s waiting for you to allow Him to rescue you.

Don’t give up; don’t be impatient; be entwined as one with the Lord. Be brave, courageous, and never lose hope. Yes, keep on waiting – for He will never disappoint you!” Psalm 27:14 (tPt)

“He alone is my Safe Place; His wrap-around presence always protects me. For He is my Champion Defender; there’s no risk of failure with God.” Psalm 62:2 (tPt) 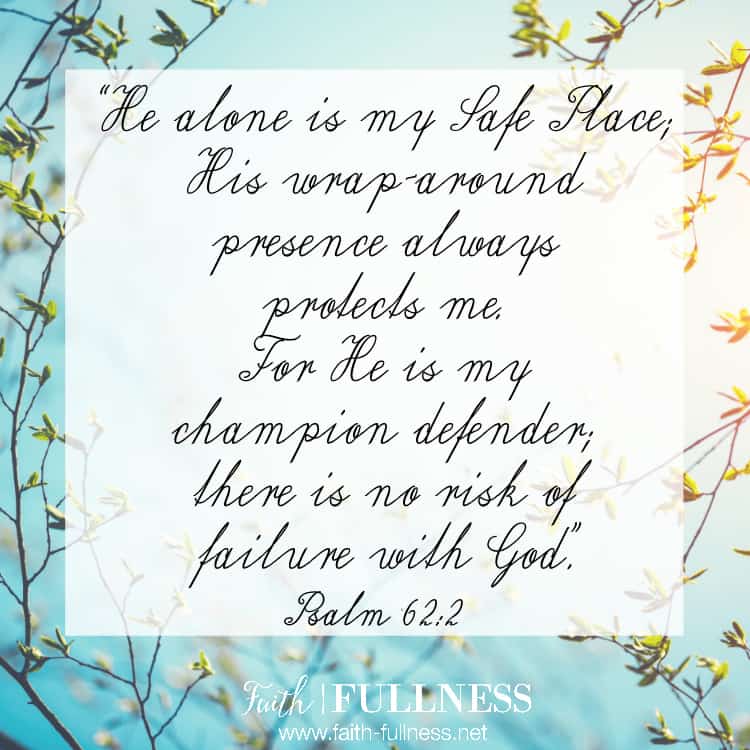 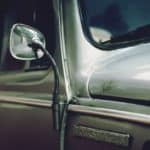 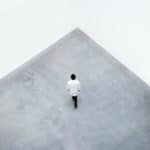