You are here: Home / Series / Royalty / Royalty: The Importance of Your Story

Royalty: The Importance of Your Story

As I was finishing up the Living Content series, the Lord started talking to me about identity and how our true identity is royalty. We are sons and daughters of the King, but we often don’t see ourselves that way because we are believing lies about our past. We don’t believe we could be royalty because of the mistakes in our past, so instead we wander, not knowing who we truly are. And that was the inspiration for this new series – Royalty. Today I’m going to start off the series by sharing a piece of my story, it’s real, it’s raw but it’s important, it does not define me but it is a part of who I am.

I was reading the book of Galatians and something Paul said jumped off the page at me, unlike it ever had before, even though I’ve probably read it 100 times.

‘Our former enemy, who once brutally persecuted us, is now preaching the good news of the faith that he was once obsessed with destroying!’ Because of the transformation that took place in my life, they praised God even more!” Galatians 1:23-24 (tPt)

As soon as I read that the Lord said to me,

“Our story isn’t something to hide, it’s part of our identity in Christ.”

And then He reminded me of part of Matt and my story, and I felt like I was supposed to share it with you. Immediately in the next moment I felt shame trying to creep in, and the enemy saying, “You can’t share that, it’s shameful. You should be ashamed of that part of your story.”

Which of course the enemy’s words did make me hesitate for a moment because it is a very private part of our lives, but then the Spirit rose up in me and I realized the threat of the enemy made me want to share even more!

One of the biggest schemes of the enemy is to shame us into keeping secret, the things the Lord wants to use as part of our redemption story!

When Matt and I started dating we knew right away we were going to get married. In fact before I had really figured it out for myself, my dad told me he thought Matt was “the one”. We only dated for 5 months before we got engaged and then 9 months later we were married. I’d love to tell you our dating and engagement were a breeze, since we knew from the beginning we were going to get married, but they were far less then that.

You see years before I ever met Matt, the Lord told me I was going to marry someone who hadn’t saved himself for marriage. So for the years before I met Matt I prayed for my future husband and our story. When I did finally meet Matt we had really good talks before we started dating and he shared his whole story with me. It was a lot to take in but I knew the Lord had been preparing me for this man.

What I didn’t realize was how his story was going to affect my story and the purity that I had fought for, for 22 years. One month before we got engaged we ended up having sex. He left after it happened and I immediately called my best friend at the time, and cried on the phone for an hour. I was so ashamed, I hated what had happened but I didn’t want to say anything because I knew in my heart he was “the one” and I was afraid that if I said anything I would lose him.

And so we went on, we got engaged, we started planning a wedding and all the while I was struggling. We ended up having sex a couple more times, and although I know it 100% “takes two to tango”, every time it happened I was sick afterwards and it felt so much more like a spiritual battle than an intimacy celebration.

After just a handful of times, I had had enough and I knew I had to say something. I don’t remember exactly how I did it, but I know I was afraid of what I was about to say to the man I wanted to marry. I told him we could not continue to have sex anymore and that it was hurting me, not physically but emotionally and spiritually. He had brought his past into our relationship and I was not okay being just another “notch on his belt”. I was better than that, I deserved more than that and if he really loved me, he needed to be okay with my decision and start treating me the way I deserved to be treated, as a daughter of the King.

Of course he was angry and mad at me but the amazing thing about Matt is that even when he’s confronted on something, he’s usually mad at first, but then he always takes it to the Lord. And that’s exactly what he did. He spent time with the Lord and the Lord told him, I was right.

Not only did he come back to me and ask for my forgiveness, but he came back to me with a written out contract. A contract that stated we would no longer have sex and, in all ways, we would remain pure until the night of our wedding. And we did.

On the night of our wedding we went back to my apartment and Matt had a path of candles lit, that lead to the bedroom. At the end of the path he sat me down and washed my feet and committed himself to me, “I was his queen and he was forever my bond-servant”.

The breaking of trust in our relationship wasn’t something that went away over night but overall our story is defined by something so much greater, words Matt wrote in the contract all those years ago –

In obeying and loving God, He will multiply our ability to love each other and give us a unity that the enemy cannot separate. We recognize and submit to God knowing that His plan for us is so much larger than the temptations that the enemy may present.”

And since our wedding night that has been our story. The Lord truly has “multiplied our ability to love each other“, even when times have been at their worst. Even when the enemy was in full force attack mode, the Lord bonded us together and made us an even stronger front.

As hard and vulnerable as this is for me to share with the world, I know that keeping our stories hidden is what’s shameful. The enemy will never tell you that but I’m here to speak truth to you, a truth that every one of us needs to hear –

We should never be ashamed of our story. The past is the past and the Lord wants to use it for good.

We might have made poor choices in those moments but it’s important we know that our God is big enough to redeem any – and all – poor choices we’ve ever made.

What I’ve seen is that when we open up and share the stories from our past (the ones the enemy is telling you to keep a secret) they become our most powerful weapon in the Spirit.

Your story is powerful and it’s what the Lord will use to conquer the enemy.

What if Paul has chosen to stay in hiding because he was ashamed that the Lord was asking him to preach to the very people he had once persecuted? If Paul had chosen to listen to the enemy and stay in the shadows we wouldn’t have the last third of the Bible! But instead he said “NO” to the lies of the enemy and because of his choice to share his story, the people he preached to saw the “transformation that took place in [his] life, and they praised God even more!”.

We need to stop hiding in the shadows because God has a plan for each of our stories, no matter how “shameful” the enemy is telling you it is! Your story gives you power in the Spirit and authority over the enemy, which is why he’s trying to keep you quiet.

My old identity has been co-crucified with Messiah and no longer lives; for the nails of His cross crucified me with Him. And now the essence of this new life is no longer mine, for the Anointed One lives His life through me – we live in union as one! My new life is empowered by the faith of the Son of God who loves me so much that He gave Himself for me, and dispenses His life into mine!” Galatians 2:20 (tPt)

No matter what your story is, no matter how shameful you feel it might be, God can – and will – redeem it, if you allow Him to! Give Him your story and He will “give [you] a crown of beauty for ashes, a joyous blessing instead of mourning, festive praise instead of despair. In [your] righteousness, [you] will be like great oaks that the Lord has planted for his own glory.” (Isaiah 61:3 NLT) 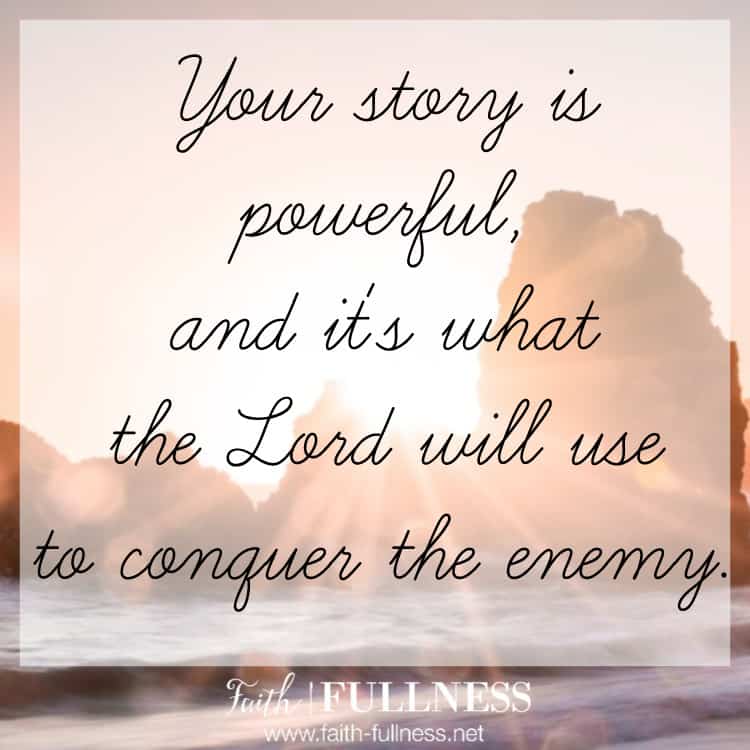 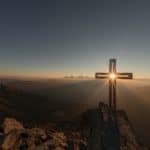 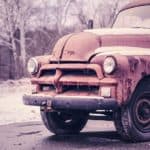