You are here: Home / Series / Royalty / Royalty: Assuming the Worst

To read the other posts in this series, click HERE.

Last month I was voxing with a friend and when she didn’t get back to me right away my thoughts immediately when to, “I hope she’s not mad about what I just said.”, “I wonder if she’s upset with me.”, and in that moment the Lord started talking to me about this series. Why is the first thing we always assume the worst thing?

I will walk into a room and assume no one likes me because they look at me the wrong way, or because I look different than they do, or a hundred other reasons.

We always think the worst because we don’t know who we are.

If I knew my identity and was secure in it, then it wouldn’t matter if everyone turned and made funny faces at me, I would still be able to stand there comfortable in my own skin. Galatians says,

We have now chosen to live in the surrendered freedom of yielding to the Holy Spirit! So may we never be found dishonoring one another, or comparing ourselves to each other, for each of us in an original.” Galatians 5:25-26 (tPt)

When I walk in a room, or I’m talking to a friend and I assume the worst of them, it’s because I’m comparing myself to them. I’m feeling like I don’t measure up, that I’m not enough for them, that I’m not what they had hoped for, but what I’m doing in those moments is giving into the lies of the enemy.

I’m forgetting that my true identity is found in Christ, and God created each of us as originals.

The enemy wants to tell us that because we’re different it’s a bad thing, he wants us to blend in, but it’s when we try to fit in that we are actually in the wrong. We aren’t meant to “fit in”, we’re meant to stand out, to be different, and to rock it!

But when we try to do it on our own, we won’t “rock it” we will fail… miserably, every time. As a member of the royal family we were never meant to do any of this on our own. Jesus didn’t even do things on His own!

Jesus explained, “I tell you the truth, the Son can do nothing by himself. He does only what he sees the Father doing. Whatever the Father does, the Son also does. For the Father loves the Son and shows him everything he is doing.” John 5:19-20a (NLT)

When I think about it, it astonishes me that I, we, think we can walk this life on our own. No wonder I’ve spent so much time thinking people were mad at me, or feeling uncomfortable in a room full of people, I bet Jesus would have too, if He hadn’t been so connected to His Father.

Even though we are royalty, we cannot do it on our own – however much we might think we can – we will never know who we truly are unless we stay connected to our Father, the King.

It’s a lie that we can do it on our own. It’s a lie that we need to fit in and look like everyone else so people will accept us. So much of what we struggle with, when it comes to our identity, are the lies the enemy uses to keep us from knowing who we are and the power we really hold. That’s exactly why Paul, in Ephesians tells us we need to armor up!

Put on God’s complete armor provided for us, so that you will be protected as you fight against the evil strategies of the accuser! You’re hand-to-hand combat is not with human beings, but with the highest principalities and authorities operating in rebellion under the heavenly realms. For they are a powerful class of demon-gods and evil spirits that hold this dark world in bondage. Because of this, you must wear the armor that God provides so you’re protected as you confront the slanderer, for you are destined for all things and will rise victorious!” Ephesians 6:11-13 (tPt)

We will rise victorious and walk in our identity if we start fighting the right battle, the battle between the lies of the enemy and the demonic powers at hand, instead of fighting each other and always assuming the worst of one another!

As I mentioned, I’m 100% guilty of this but as I’ve spent more time with the Lord I’ve had moments of victory, which only build my confidence and desire for even more victorious moments.

Friends, I challenge you to spend time getting filled up by your Father before facing each day, because when you’re filled with Him your confidence will rise and you’ll approach situations in your life differently. You will begin to see who you really are, in the eyes of the King, and you will being to “rock” your royal identity. Because at the end of the day wouldn’t you rather look back and see that you owned your royal title, instead of looking back to see how you spent the day trying to fit into a group you’re not meant to be a part of? 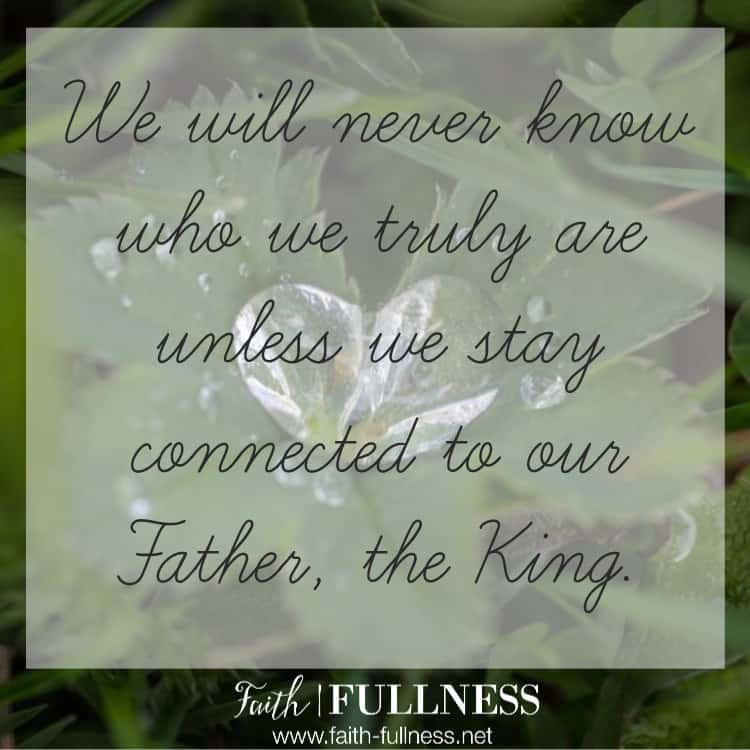 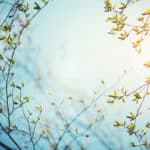