The topic of obedience is something near and dear to my heart. I have walked through some really hard things but whenever I’ve chosen obedience, the Lord has always shown up in ways I never imagined. Obedience isn’t always easy, because it has a tendency to make your life more difficult, and that’s what I want to talk to you about today.

The Lord spoke to me about this idea of “Obedience Island” last January. It was just before that, I had a conversation with my husband about how he felt like his act of obedience to the Lord had completely isolated him. You see, in December 2015, God spoke to my husband and asked him to confront a member of his family on some pretty big issues. The confrontation didn’t go well, and in the matter of a few weeks it felt like the whole family was falling apart and we were to blame.

My husband started questioning the Lord – as we often do when things don’t go the way we thought they would – and started doubting, wondering if he had, in fact, done the right thing. He was only trying to help, but now everything was falling apart. The Lord used me to encourage him and remind him that he had done the right thing, and often when we take a stand and do what the Lord asks us to, it isn’t easy. 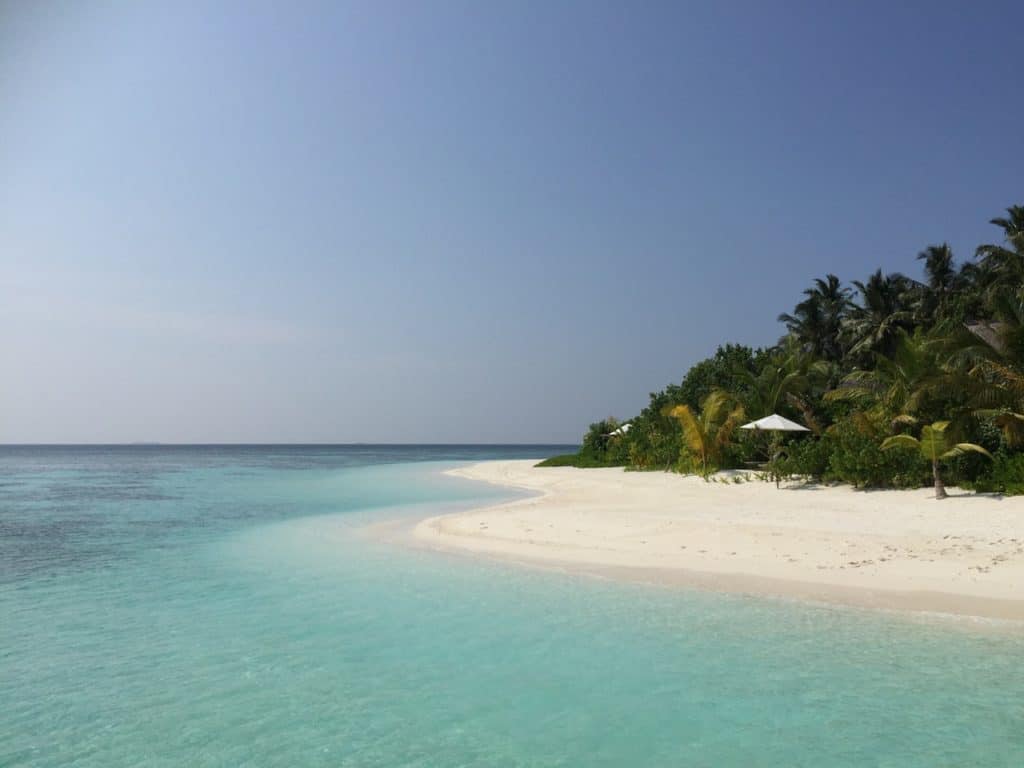 It was after that, the Lord gave me the picture of Obedience Island. He reminded me of countless times in my life where I’d chosen to obey Him and, as a result, I ended up feeling isolated and all alone – on an island.

Obedience can be an incredibly hard thing to do so I believe when we choose obedience to the Lord, often He draws us into a season of solitude. He draws us in so we can lean on him, draw from His strength, hear truth and find refreshment.

Well now you’ve gone and screwed everything up.”

You see that mess? Yeah, that’s all your fault.”

I can’t believe you confronted that person and said those things to them, you really are a terrible person.”

You’re the only one who has ever felt this way, you’re all alone in this one.”

There are thousands of lies the enemy tries to throw at us but they all have one common thread. Every single lie directly contradicts what God called you to have faith for. Every lie is spoken to strip away your character, to defeat the confidence you should have because you were obedient. Every lie is whispered to bring division between you and the Lord, and to create a separation through doubt.

I’ll admit, it’s a pretty good scheme because the enemy stirs up doubt, which causes you to question the Lord, and when you question the Lord then you begin to feel insecure in your ability to hear from Him, and if you don’t really hear from Him then who are you really, and what are your beliefs?

See how quickly it can spiral out of control? But they’re all lies!

Even if the world is falling apart around you, if you know you did what God asked you to do, then the weight is off your shoulders. God calls you to Obedience Island for you to rest. He asks us for obedience but what He doesn’t ask us for is to fix the whole problem. He wants us to sit back and let Him be in control. 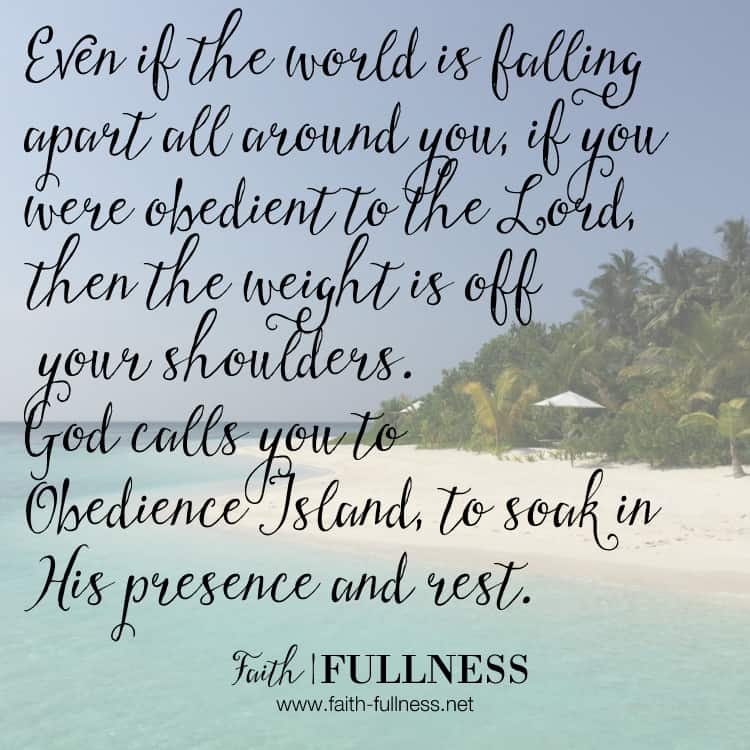 I promise you, if you listen to the lies of the enemy and try to take control of the situation, you WILL make it harder. We have to remember that we only see the here and now but God sees the whole picture. He sees what got everyone to that place, He knows why He chose you, and He sees how the whole story is going to play out. Don’t try to take control because you don’t understand what’s happening in the present. Trust the Lord that He called you to a place of obedience for a reason, He knows the next steps and He loves everyone involved more than you ever will.

So kick your feet up in the sand, enjoy the moments of rest with the Lord, soak in His presence and recognize that the solidarity is a blessing, not a curse. 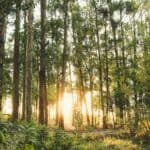 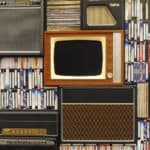