You are here: Home / Faith / Hidden

We recently adopted a kitten from our local shelter. This post isn’t really about our new kitten but on her first night home I noticed something interesting about her behavior, which inspired me to write this post. 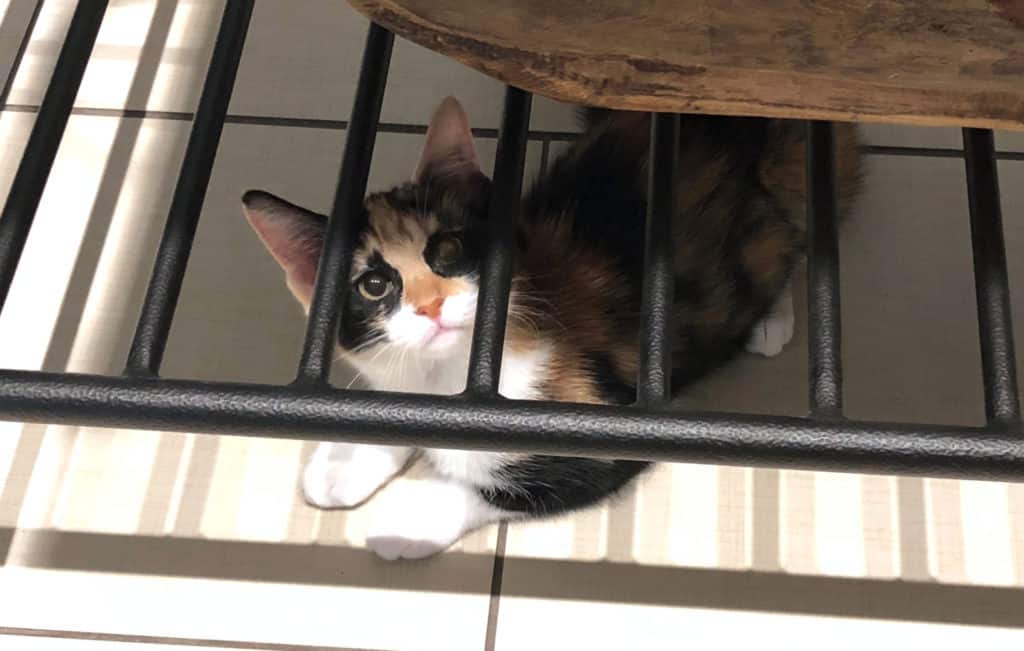 Over the last two years we have had two other kittens (one died tragically and the other I gave back to my sister because it was definitely not meant to be an indoor cat), but we got both of them from my sister’s country house. Both kittens had been born in the chicken coop and then allowed to run around, play and explore as they grew. So when we brought them home they were never shy and loved exploring every part of our house.

I don’t know how long our new kitten, Reecie (like Reeces Peanut Butter Cups) the Bandit was in the shelter, but I’m guessing it was as soon as she could leave her mom, her litter was dropped off and surrendered. She’s about four months old now, which means she has probably spent the last 8-10 weeks living in a cage, only getting held on occasion. I know some animals spend much longer in cages but bear with me because this will be relevant later.

After my husband took my daughter to pick out a cat we had to wait 5 days until we could pick her up. In the waiting we went and purchased all the necessities including toys and the most plush cat bed you’ve ever seen. We knew she didn’t have it great in the shelter so we wanted her to feel loved and have the best things possible in our home.

Fast forward to the night we brought her home. I set up all her things in the hall bath so she could be contained to one space as she slowly got used to all the new smells, sounds and our crazy dog. I figured the bathroom would probably be overwhelming enough since it is way larger then where she had been staying.

That night Malea did her homework in the bathroom, we hung out on the floor giving Reecie lots of love and attention and she seemed overwhelmed, but happy to be getting loved on.

Later that night, about 30 minutes before I was headed to bed, I went in to check on her, sit with her and give her more love. When I walked into the bathroom she wasn’t in her plush, comfy bed, she wasn’t playing with her toys, when I finally found her she was crouched into a little ball tucked in the small gap between the back of the toilet and the wall.

My heart broke for her but immediately the Lord started speaking to me.

We all do the same thing.

Then we encounter the Lord and get freedom. In our freedom we welcome the love of the Father, we enjoy His presence and welcome the lavish gifts He wants to give us. But weeks or months down the road when we don’t feel His presence in as much of a tangible way, we go right back to what we know – our captivity.

Instead of continuing to embrace a life of freedom we go back to the thoughts of pain, shame, self loathing, etc. We want to curl into a ball and hide.

Hiding seems easier because a life of freedom is an unknown and scary thing.

To live in freedom we have to continue to war for our victory and seek the Lord every day, finding our identity in him, so crawling back to captivity can seem like the easier option.

But just like I did with my kitten that first night, the Lord is sitting right there, right in the middle of everything, and His heart is breaking because He’s watching you choose a life of captivity, rather than a life of His love and freedom.

Can anyone hide from me in a secret place? Am I not everywhere in all the heavens and earth?” says the Lord.” Jeremiah 23:24 (NLT)

But every time, she’d rest in her plush bed, or my arms, for a second and then hop back out and run to her “safe” spot behind the toilet.

Choosing a life of freedom can be intimidating, it can seem scary and unknown at times, but that’s where trusting the Lord comes in. Choosing freedom is where faith becomes real, it’s where you actively choose to believe in His goodness and His promises.

And when it feels overwhelming or the enemy fills your mind with doubt, running to His word will draw you back into His safe presence.

When you sit enthroned under the shadow of God the Almighty, you are hidden in the strength of God Most High. He’s the hope that holds me and the Stronghold to shelter me, the only God for me, and my great confidence. His massive arms are wrapped around you, protecting you. You can run under his covering of majesty and hide. His arms of faithfulness are a shield keeping you from harm.” Psalm 91:1-2, 4 (tPt)

So you can choose to run back to your “safe” spot, hiding in the shadows – hidden from God, or you can chose a life of freedom and instead be hidden in Him, ” in the strength of the God Most High”. In one you are hiding out of fear, shame, guilt, etc. and in the other you are hidden in His presence, loved and free, because His love covers every ounce of your fear, shame and guilt when you choose Him.

When you decide you’ve had enough of your captivity and hiding, the Lord is there waiting. He’s not pressuring you into anything, He’s waiting patiently and allowing you to choose His love, and His freedom, in your own timing. 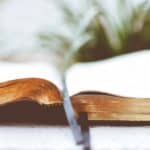