As a mom I feel like I spend most of my time encouraging my daughter to do things well, to try her best, then correcting behaviors when she doesn’t, making food, picking up messes, and on and on. I continually pray and ask the Lord to give me wisdom to know how to parent both of our daughters well, but it can be so frustrating when we see them not doing their best, giving their all, and trusting the Lord.

But today I want to encourage you, and myself, because a couple weeks ago I got a glimmer of hope. A glimpse of my prayers at work in my daughter and a peek into my daughter’s relationship with the Lord.

Over Christmas break my daughter stayed the night at a friend’s house. When I picked her up in the morning we were talking on the way home, I was asking her the “usual” questions, “did you have fun?”, “did you get any sleep?”, etc. Out of nowhere Malea announces to me, “I told (for this post I’ll call her) Sarah about Jesus!”.

Kind of shocked I said, “Really!? What did you tell her?”

I guess somehow the Bible had come up and Sarah was asking Malea if she knew any stories from the Bible, so Malea excitedly told her all the ones she knew by heart. She told her about Moses and the burning bush, the Easter Story, the Christmas story, and a couple others. I was amazed as she told me the details of the stories, just as she had shared them with her friend.

After telling her a bunch of Bible stories Malea told Sarah to think of something, anything. Once her friend said she was thinking about something Malea proclaimed, “God knows what you’re thinking about right now.” Her friend was confused and said, “How could he know, I didn’t say it out loud?”

Malea told her, God knows all of our thoughts, all the time. He knows what we’re thinking, what we’re doing, He’s always watching us. By this time Sarah was super confused and asked how that could possibly be, how could God know what everyone is thinking and doing all the time?

Malea’s response blew my mind. She asked Sarah if she’d ever seen the Christmas movie Polar Express, which of course she had. Then she proceeded to tell her friend about the part in the movie where the elves are watching all the kids on TVs, to see if they were being “good or bad”. She said, “It’s kind of like that with God. I don’t know if there are TVs in Heaven, but in a way it’s like He’s always keeping an eye on us and can see what we’re doing.”

After that conversation Malea proceeded to teach her friend how to pray. She explained that it doesn’t have to be complicated, and you don’t even have to say it out loud, God always hears you. She told her that we always pray before meals to thank God for the food and said, “If you ever see me pause before eating my lunch at school, and my hands are under the table, then you’ll know I’m praying.” She told Sarah she could pray about anything, including asking God to help her if she was nervous about a test.”

I’m sure there’s more to the story than I can remember but at this point on the way home I was exploding with pride and gratitude. So proud of my little girl to be brave enough to share Jesus with her friend who doesn’t know Him, and so incredible thankful to the Lord that something Matt and I have said, or modeled, has been received by her!

When you feel like you’re constantly saying, “I just told you not to do that, so why did you do it!?” it’s so refreshing to know that God is working and moving in your kid’s life. It’s freeing to know that the Lord is in control and that He is planting seeds in my daughter’s life. I might not see the seeds until moments like that happen, in a conversation on the way home, but I need to be patient and trust the Lord that He is working in her life.

I will continue to pray for wisdom on how to raise my kids, because I think that’s the only way any of us will ever survive and raise decent human beings, but my conversation with Malea was a good reminder that we need to also be praying for the Holy Spirit to water the seeds the Lord has planted in their hearts. They are their own beings, God has His plans for our kids, let’s not get in the way of that, let’s nurture their childlike faith and ask the Lord to bless it.

You’re doing a good job momma. Even when it doesn’t feel like it, God is moving and He is speaking to your children because He loves them more than you ever will.

‘Don’t push these children away. Don’t ever get between them and me. These children are at the very center of life in the kingdom. Mark this: Unless you accept God’s kingdom in the simplicity of a child, you’ll never get in.’ Then, gathering the children up in his arms, he laid his hands of blessing on them.” Mark 10:14-14 (The Message) 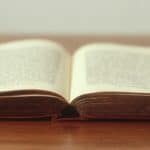 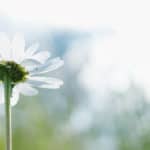